September ushers in a combination of starting school, 3 different leagues of soccer, and The Western Washington State Fair.  I must say starting school is probably the easiest of these three different activities.  The climax of the 4-H Dairy Year is showing at the Western Washington State Fair.  Did you know over 1,000,000 people attend this fair located in Puyallup, Washington??  It is a great event that showcases all the wonderful things about the state of Washington.  The Schilter had the great pleasure to participate in both the Western National Jersey Show and the 4-H Dairy Show.  This was our first adventure into the “Open” Class World of showing cows. 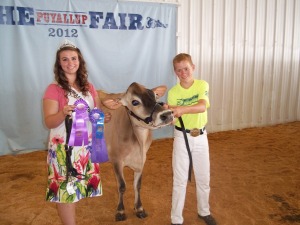 Almost as soon as the Western Nation Jersey Show is done the kids prepare for the 4-H portion of the fair.  Zach brought 2 animals this year, YoYo and Emmy Moo and Cassy brought her beautiful yet stubborn heifer named Stuffing.  Both of the kids enjoyed the fair.  They had the opportunity to answer questions from the curious public.  Questions such as “Is that a girl cow or a boy cow” and “Do you milk the small cows or the big cows”?  It is amazing the questions the public asks and how far removed they are from agriculture.  Luckily our kids enjoy education the public and encouraging as many kids to “touch” the cows as possible. 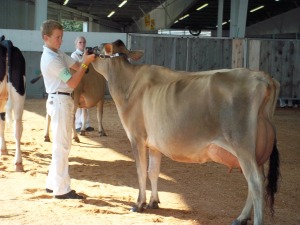 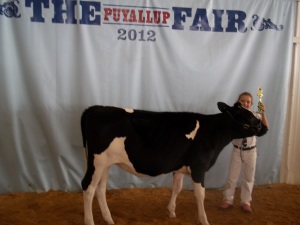 The Schilter had a great time showing all their dairy projects during the 2012 show season.  We are looking forward to the next year but ready for a little break.  In the mean time, we are busy playing soccer and helping out around the farm. 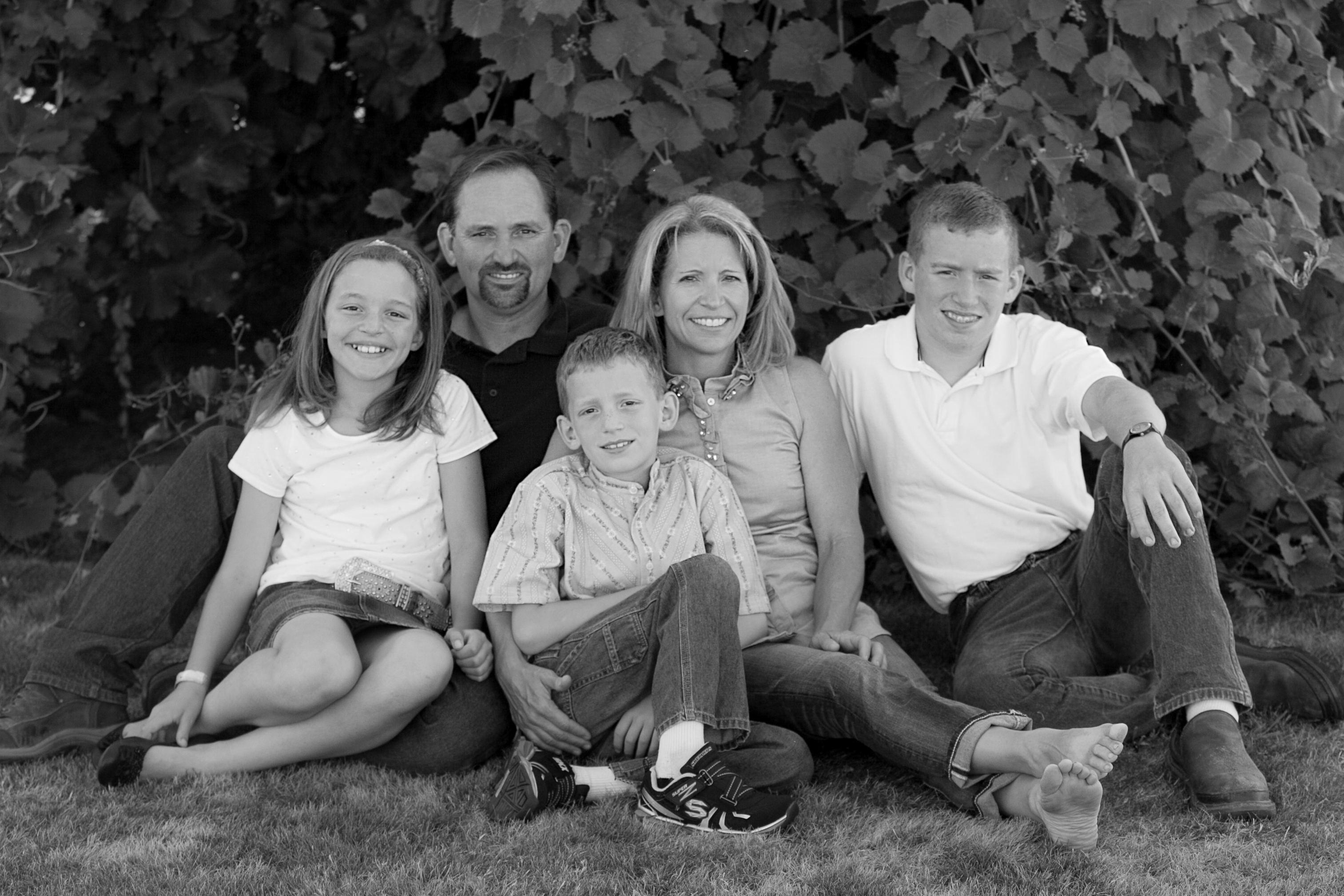